This time, this is no longer necessary, you can even chat even if your cellphone is without internet and turns off. First, users can use WhatsApp on 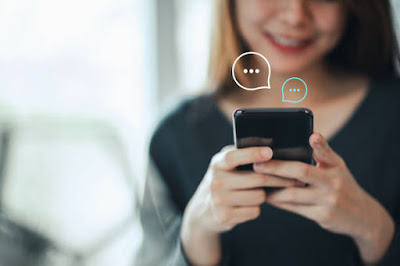 During this time, some people still think that using WhatsApp must have a strong internet network.  On the other hand, users can continue to use the short message service without internet at all on their cellphones.

The way to do this is by using the multi-device feature, which is still in the open beta testing phase.  This feature is somewhat different from the ability of WhatsApp which previously could be used on mobile phones and the web version because in the past, even though users could run WhatsApp on a laptop, the internet on the cellphone had to remain on.

This time, this is no longer necessary, you can even chat even if your cellphone is without internet and turns off.  First, users can use WhatsApp on four other non-phone devices to use WhatsApp.

"With this new capability you can now use WhatsApp on your phone and up to four other non-phone devices at the same time, even if your phone's battery dies," says Facebook's Engineering page.

Facebook ensures that user security and privacy continues to occur by using the end-to-end encryption that has been used previously.

Importantly, we have developed new technology to maintain end-to-end encryption while still managing the synchronization of your data such as contact names, chat archives, starred messages and more across devices.

To be able to use this feature, WhatsApp must use the beta program.  Namely users of the WhatsApp application and the business beta version using the beta platform on Android and iPhone.

In addition, you must also ensure that WhatsApp is on the latest version.  Immediately after joining the Multi device beta, users must also link the companion device.

To join on Android, open the app and then go to the Options menu or the three-dot icon.  Next, click the Linked Devices menu, and click Multi-device Beta and join now.

If you want to leave this Multi-device beta, you can repeat the previous method and continue by pressing the Exit Beta button.

While on iOS, you can open the settings menu and click Linked Devices.  Continue with Multi-device beta and Join Beta.  To exit, repeat the above method and while in the Multi-device Beta menu click Exit Beta.